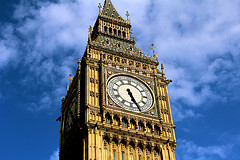 A raft of organisations representing sectors of the UK building industry have released a joint statement urging the government to give consumers VAT incentives to take up the so-called ‘Green Deal’, which is meant to promote eco-friendly and energy efficient forms of heating. Organisations including the British Property Federation (BPF), the UK Green Building Council, the WWF and RICS called on ministers to levy just 5 per cent VAT on all Green Deal approved measures, such as underfloor heating, insulation and solar panels instead of the usual 20 per cent rate.

The statement is intended to impress MPs currently debating the final stages of the Energy Bill, which campaigners hope will promote energy-efficiency and heating systems that allow for this, such as underfloor heating. BPF policy director Ian Fletcher said: The government must prepare for the Green Deal by stimulating further demand in the energy-saving market. A package of incentives will help to draw consumer attention to the Green Deal, bring more works within eligibility, and help support a successful launch.